The environmental challenges presented by changing seasons have shaped seasonal patterns of migration and reproduction into two of the most consistent adaptations across the animal world. Broadly, I am interested in the physiological and genomic mechanisms linking significant life-history traits (i.e., animal migration and reproduction) and the evolutionary consequences of variation in these traits. Divergent seasonal behaviors can result in prezygotic isolating mechanisms (i.e., differences in phenology and mating preferences) or postzygotic isolating mechanisms (i.e., selection against hybrids), and therefore, could drive speciation.

Additionally, my research program has emphasized sex differences in these mechanisms, by primarily focusing on female birds. Male and female animals differ vastly in their reproductive timing and the physiological basis of their reproduction.  Females act as the gatekeepers to reproduction, as they enter reproductive condition after males. However, there is a  persistent sex bias favoring males in the literature on reproductive physiology in birds. I discuss one way we can combat this sex bias in the field to learn more about the mechanisms of female reproduction in the paper here.

Reproductive Timing as a Temporal Barrier 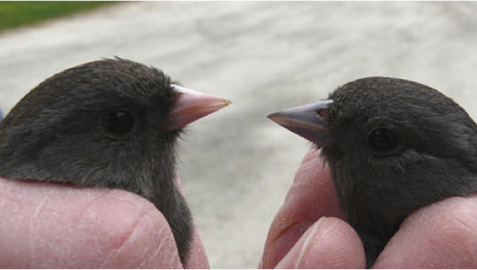 Be sure to check out the related papers: 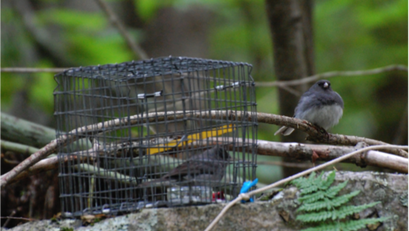 Residents that initiate breeding prior to the departure of migrants may avoid interbreeding with migrants by exhibiting mate preferences for local individuals. Although most mate choice research focuses on female preferences, choosing a mate with similar reproductive timing in seasonal sympatry may be critical for both males and females.

In order to study male mating preferences, I conducted Simulated Courtship Interaction (SCI) trials, by presenting free-living resident males with either a caged migrant or resident female stimulus. I quantified courtship behavior early in the breeding season, when residents have initiated breeding prior to the departure of migrants.

Resident males preferentially court resident females. We can conclude that males distinguish between migrants and residents during seasonal sympatry when risk of interacting with a non-reproductive migrant is high.